Here’s an interesting view on poverty in the Philippines, by F. Sionil José– one of the country’s prolific literary figures– in his featured column in The Philippine Star:

The election results have cascaded in, and we can see that there will be no exhilarating changes in the power structure that moves this country. As usual, many Filipinos with shallow intellects have voted to power pygmies with the barest qualifications. Hopefully though, a few capable leaders who can keep this nation from going over the brink are also coming in.

Elections cost billions that otherwise should have gone into the massive infrastructure projects that we need. We may just as well not hold them considering the results. But we must if only to bring the ruler and the ruled face to face even though briefly during the campaign season. And for so many of our poor, elections mean a little income from vote buyers, seeing movie and TV stars up close, and reveling in the fiesta atmosphere which relieves the drudgery of penurious living.

All of us are aware of our poverty basically induced by a dysfunctional political system. We have asked why and we have found the answers. This widespread poverty will not be changed, unless our leaders, particularly the President, are ready to betray their clan or class. Now, can we change it? Ballots are ineffective. Bullets, then?

But as Marx himself said, a revolution need not be violent. Violence is a last option for there are other peaceful ways, maybe slow, but effective. For instance, in a thoughtful commencement address in Diliman recently, Senator Edgardo J. Angara postulated that a strong middle class would save this country. He may well be right.

Let us now examine his thesis.

First, what is the middle class? Who are its identifiable constituents?

To these I’ll add:

The origins of class

Class — or the economic status of individuals — is evident in all societies, some very well stratified by a rigid caste system determined by birth. It is true, as Senator Angara states: people are not born equal, although libertarians through the ages have insisted that we are.

Indeed, the existence of class, of social hierarchy, is as old as man himself. It prevails in the jungle where strength determines hierarchy; among men, it has also been savagely the same, whereby rulers vested with power through personal combat, or through lineal heritage as in the case of royalty ravage their subjects.

Except in our Muslim region whose Sultans and Datus have ruled, Filipino society does not have royalty, kings and emperors who built class structures based on birth and lineage. Spanish colonialism destroyed whatever native authority was vested in our indigenous leaders. Power was posited in the religious orders and in the appointees of the Spanish crown. Such powers were complemented by land, encomiendas and haciendas grabbed from the natives turned serfs.

This sorry background explains why in the past and even now, the most powerful Filipinos are landlords; and as the old saying goes, the higher the status, the whiter it becomes — Spanish white, not American because the Americans didn’t stay long enough.

The class color has changed a lot in recent years; as the latest tallies show, most of the richest Filipinos now are ethnic Chinese engaged mostly in consumerist non-productive enterprises.

The wealthy mestizo families that dominated Philippine politics did not last very long. At the most, they held power for three generation, then they faded, and rejoined the middle class.

If we examine the roster of our leaders today, particularly the politicians, there is hardly any from the oligarchy except President P-Noy himself. Even those who rose from family dynasties are almost all of the middle class.

Our presidents, for instance, with the exception of Cory Aquino and her son, had middle or even lower class origins. It is not that they forgot their class backgrounds but, once ensconced in Malacañang, they joined the power structure, the oligarchy, and for all their avowed purpose of serving the people, they end up pandering to the interests of the oligarchy instead. This is the iron reality of power as it operates in this country and perhaps in all countries colonized by their own elites.

And what about the very rich, the elite, the dispensers of patronage? In a sense, it is they who are free, free from the bruising scrounging for food, free from the onslaught of storms, cocooned as they are in their mansions. Like the plutocrats in a medieval age whose palaces were also fortresses, they live in gated enclaves with high walls. If they venture out of their gilded “villages,” they are surrounded by bodyguards. In fact, private armies and the state institutions they have subverted protect them.

But try as they may, they can’t avoid the masa, the restive hoi-poloi that surround them. Right in their homes, their maids, gardeners, drivers — they all come from the proletariat. Can these domestics really be trusted?

And if the whirlwind comes, at its first slight gale, they flee to where they have stashed their loot — in Europe, in America (perhaps China?) leaving behind the “drawers of water and hewers of wood” who made them rich.

In this society, these politicians and their extended generational kin provide patronage to their clients. They are extensions of the landlord-tenant relationship where the tenant is dependent on the landlord. Urbanization, education, economic development, and genuine democratic institutions sunder this relationship and end the dependency on the politician.

The elevation of the tenant, villager, former fisherman to the middle class — this, in principle, creates independent attitudes. But now this middle class will be subservient to an economic system more complex than the tenant-landlord relationship, a system led and controlled by socio-economic forces more powerful than the landlord or a family dynasty. This is the real ogre — a colonial government manipulated by the very rich, the oligarchy.

By itself, the middle class, the bourgeoisie cannot survive. In the long run, to prevail, it must seek alliance with the lower class, the proletariat — they who have the numbers, the critical mass that rebels. For it is written thus — the ultimate modernizer is the revolutionary. Truly meaningful change cannot be achieved by denying this equation.

Marxism, to which many intellectuals all over the world have succumbed, is a very important tool for analyzing poverty, the economic classes. Marxist solutions promote revolutionary violence. It is not the only instrument — in fact, Marx himself admitted that revolutionary change is possible without violence.

We have seen this effulgent event in our lifetime, EDSA I in 1986 — that was a non-violent revolution wherein only a handful were killed. Unfortunately, that revolution was demeaned by Cory Aquino when she restored the oligarchy.

Elections can be revolutionary, too, and we have had a long practice with it since the first days of the American Occupation when we elected the first Philippine Congress. But the beneficent changes that we want haven’t come for the process was always manipulated by the very rich with the assistance of an ignorant electorate.

During the American Occupation, and even during the Spanish colonial period, there was ideology — our aspiration for independence, but now that we are free, that ideology no longer exists. We now gather around personalities, regional and ethnic biases, kinships as developed by strong family ties. And of course, old-style patronage — what we can get from our leaders who run government. These are the realities behind the system.

As I have said again and yet again, poverty and the injustices it breeds is not an economic or social issue. It is moral!

We must now infuse our politics with social activism, compassion for our fellowmen, patriotism, and ethics. These are not motherhood objectives. They are specific, compulsive needs if functioning institutions of governance are to be built, if we want justice.

We should examine our faith. We could organize on the basis of belief, in the possibility of peace and prosperity in the near future. Such kind of belief argues for sects like the Iglesia Ni Kristo, El Shaddai. Additional nationalist intent, explains sects like the Colorums, the Sakdals in the past.

As for the Catholic Church — we take it for granted as the giant archaic and politically sclerotic institution that it is. There is no Catholic vote — this is an obvious result of its powerlessness — this in spite of its tremendous wealth, its elitist educational institutions. To be useful, relevant, those pampered prelates must leave their palaces, go to the masa and bring Jesus to them.

It must always be remembered, however, that Filipino society — for all its strictures — is graciously open; golden ghettos like Forbes Park accept any one with money — buckets and buckets of it. And class is never a political determinant, for which reason a workers’ party or even a Socialist or Communist party cannot lure adherents, the way a religious narcotic does.

So we must never romanticize the lower class and attribute to it nonexistent virtues and strengths other than the hard fact that it has the numbers, that it comprises the majority of this country, inert but malleable because it’s not ideologically politicized.

Our salvation will come from its ranks — not the mindless lumpen, the religious charlatans and their silly converts but those among them who are enlightened, who possess a superior ideology and are truly faithful to their class, their lowly origins even when they shall have joined the middle class.

Will P-Noy betray his class?

We have had in the past men of such noble stature — Andres Bonifacio, Apolinario Mabini — and it is also from their inspiration that our peasant rebellions sprang, the Colorums in 1931, the Sakdals in 1935, the Huks in 1941 all the way to 1953, and on to the rebels who fought Marcos. And though they are on the opposite side, the thousands of peasants who comprise our Armed Forces, they are just as committed, too, to the defense of this country.

It has to be someone, not necessarily from the peasantry, but a leader who sincerely identifies with them, who will redeem us. P-Noy, perhaps, if he betrays his class? Senator Angara is correct; the middle class could lead us but only if it staunchly resists the temptation to join the upper class.

You can read the original article, and check out other articles by F. Sionil José here on the online edition of The Philippine Star.

F. Sionil José or in full Francisco Sionil José (born December 3, 1924) is one of the most widely-read Filipino writers in the English language. His novels and short stories depict the social underpinnings of class struggles and colonialism in Filipino society. José’s works – written in English – have been translated into 22 languages, including Korean, Indonesian, Russian, Latvian, Ukrainian and Dutch. 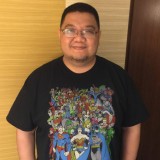 Renzie voluntarily removed himself from the hectic Metro Manila lifestyle, and moved to Amadeo, Cavite, just outside Tagaytay where he can wake up to the sound of roosters, and freshly brewed coffee in the morning.
By day, he manages a specialty cake shop. On weekends, he studies real estate management. In his spare time, he tinkers with websites. He loves DC action figures, the smell of paperback books, and KFC Hot N' Krispy.

I wanna know what you're thinking. Tell me what's on your mind! Cancel reply

This site uses Akismet to reduce spam. Learn how your comment data is processed.

What I’m Listening To Now